By Alastair Talbot For Dailymail.Com

The Dallas Cowboys‘ season came to a close with Sunday’s 19-12 playoff loss to the San Francisco 49ers in California – but fans back in Texas weren’t going to accept defeat without a fight…among themselves.

Footage from outside the AT&T Stadium in Arlington, Texas – home of Jerry Jones’ NFL team – showed Cowboys fans swinging punches at one another following the conclusion of Sunday’s game.

Fans initially gathered for a watch party earlier in the day at the MillerLite House, where locals usually gather to tailgate before and after games. It’s located on the stadium’s premises. 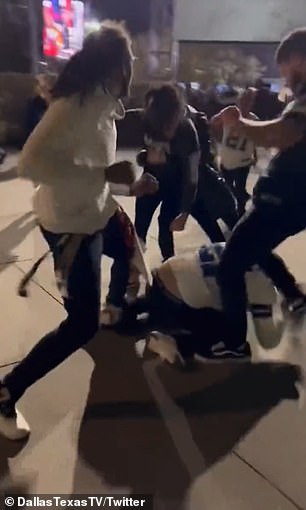 The video starts with a fan wearing a white, Cowboys away jersey being constantly punched and kicked by other Dallas fans while crouching on the ground, trying to protect himself from any big hits.

At one point, another fan can be seen emptying his beer on those who seemed to appear to be the brawlers in an attempt to deflect their attention from the situation.

Then, a security guard, wearing an all black outfit, seems to come into play to knock off the fight and deescalate the fight. He grabs the fan from behind in what seems to be a protective move too.

The basis of the brawl remains unknown, but it’s fair to say that Cowboys have lost it after suffering another early postseason exit. 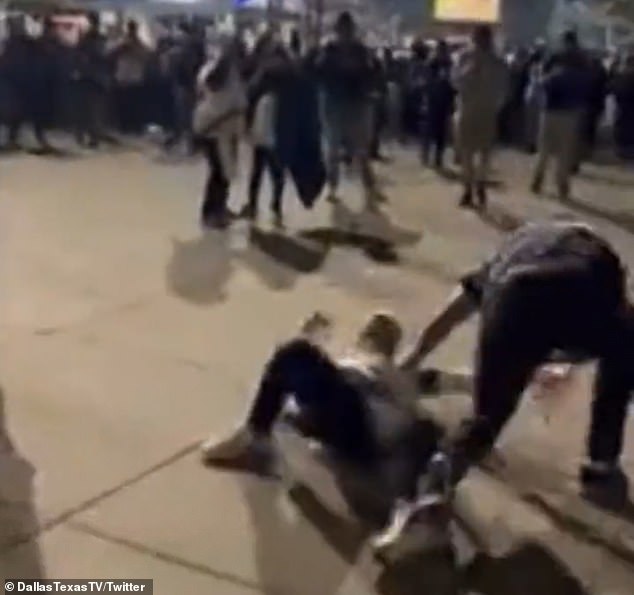 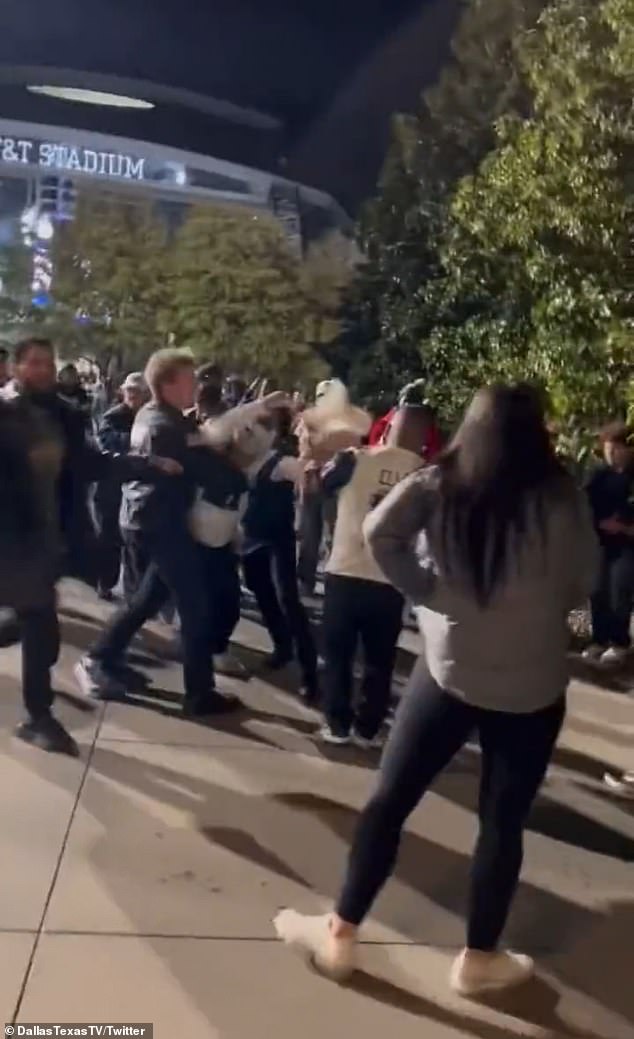 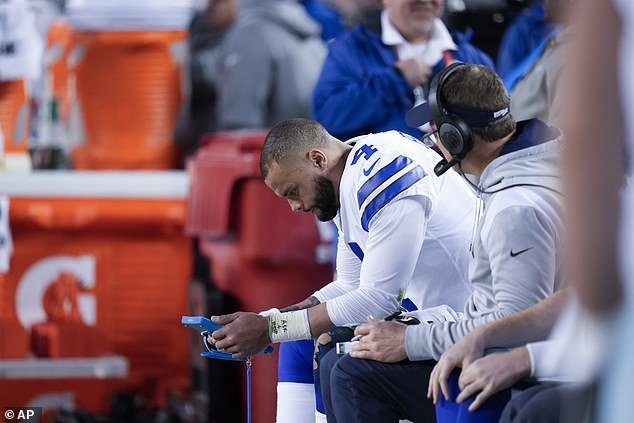 Dallas’ 27-year wait for a Super Bowl appearance goes on after once again exiting the NFL postseason early on.

The Cowboys haven’t reached the NFC Championship game since 1995 and have failed to convert any of their last seven occasions where they’ve made it to the Divisional Round.

‘I felt we were in a good situation to come in here and win this thing,’ owner Jerry Jones said after Sunday’s game. ‘Frankly, I wouldn’t say surprised, I would say just real disappointed that we maybe couldn’t make something happen.’

And now there will be speculation about the job security of coach Mike McCarthy, who has won one playoff game in three seasons — last week over Tampa Bay. 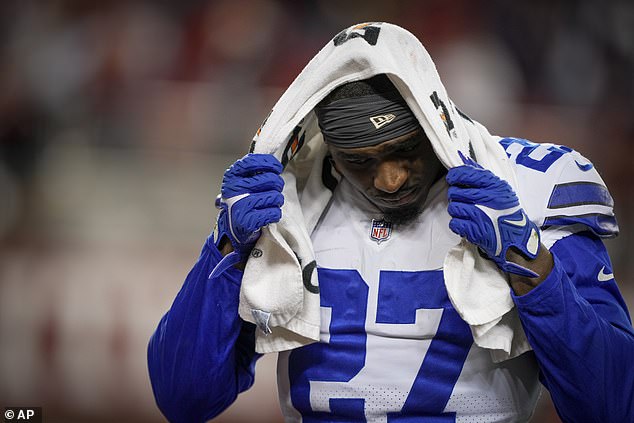