General Motors (GM) avoided producing an all-electric  Chevrolet Corvette for its most recent model year, instead opting for a hybrid drivetrain due to performance, cost, pedigree, and more concerns.

Designing a next-generation model of a long-lasting nameplate vehicle is not easy. A manufacturer is often under pressure to remain close to a set of design goals guiding a model while also aiming for innovative and new technology that could make the vehicle an overnight sensation or a pariah. And in developing the newest generation of the Chevrolet Corvette, GM decided to opt for a hybrid drivetrain instead of a fully electric one due to performance concerns.

According to a recent series of interviews conducted by CNBC, GM executives and engineers explained the design choices made regarding the newest Chevy Corvette E-Ray, the first-ever hybridized and AWD Corvette. And while the vehicle is a massive jump in performance compared to the gas model, which has already been launching baby boomers at breakneck speeds, many have wondered why the automaker didn’t opt for an all-electric variant. 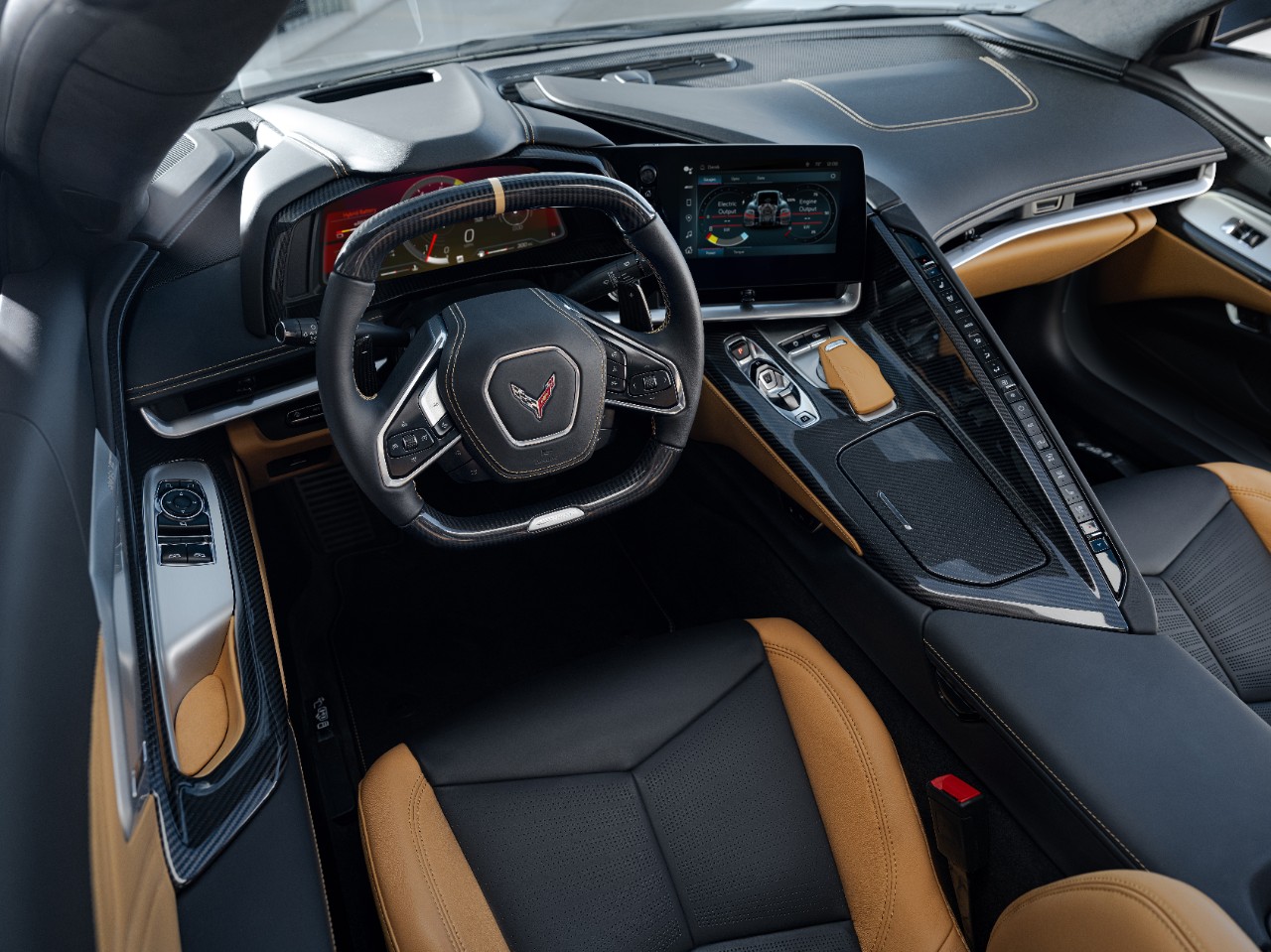 Detailing his argument, Mr. Kociba pointed out that an all-electric Corvette would be far heavier and could suffer from lacking a purpose-built architecture. In contrast, the hybridized design could be retrofitted to the gas Corvette, requiring relatively minor alterations.

As is often the case in vehicle development, the cost was another major consideration. An all-electric corvette would not only require an entirely new performance-oriented EV architecture, along with a new electric motor and battery design, but essentially none of the investments in the already released gas Corvette would be applicable; it would effectively mean starting from scratch.

Beyond the concerns of weight, performance, and architecture, design leaders at the General made it a point to avoid a plug port on the new mid-engine supercar. After abandoning the Chevy Volt in 2019, the American auto giant made it clear that it was no longer interested in PHEV technologies, instead opting for either mild-hybrid or all-electric designs.

While many are disappointed that America’s supercar won’t be coming with an all-electric offering, especially considering the amazing advancements that GM showed it had made with the gas version, perhaps this can instead be a moment of celebration for the last of an era. The Chevrolet Corvette has defined what American sports car technology has looked like for decades, distinctly different from the muscle cars from where it gained its powertrain, but also uniquely affordable compared to the Ford GTs and Dodge Vipers of the world. Let us hope that an electric Corvette will not only be coming soon but will continue its legacy of engineering greatness.

What do you think of the article? Do you have any comments, questions, or concerns? Shoot me an email at william@teslarati.com. You can also reach me on Twitter @WilliamWritin. If you have news tips, email us at tips@teslarati.com!