Please note that this post is tagged as a rumor.

Thus far only the mobile Arc A550M features 16 Xe-Cores, and it based on ACM-G10 GPU. A new card that has just been spotted on benchmark website is seemingly clocked at much higher speed, so clearly not a mobile variant.

As a reminder, Intel is yet to launch its Arc A580 desktop graphics card. This model was announced months ago and there have been no updates on this graphics card ever since. This time, however, the company was careful not to mention any release date, therefore no one except Intel knows when it launches.

Meanwhile, it looks like Intel might still be testing a new card internally. Spotted over CompuBench website, there is an Arc GPU running test driver (9999) with 256 Compute Units and clock speed varying from 2400 to 2450 MHz. Needless to say this card is not the mobile A550M, but an unreleased desktop variant.

With 256 Compute Units reported, this means a configuration of 16 Xe-Cores. However, the A580 desktop model is said to feature 24 cores. It is therefore a change of specs for A580 or this is yet another variant that we do not know yet. In theory, it could also be one of the upcoming Mainstream/Performance GPUs that were leaked a few weeks ago. Such cards are to launch by the end of this quarter. 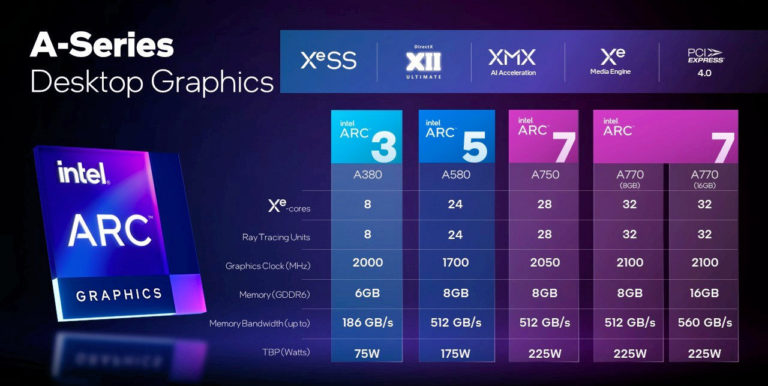 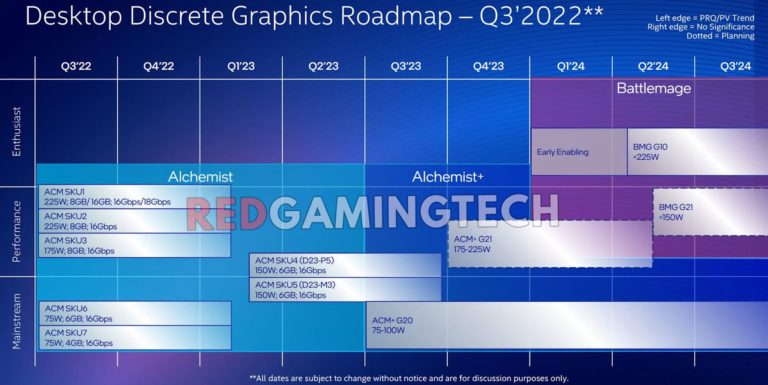 Intel is reportedly working on a third Arc GPU called ACM-G12. Such a GPU would feature exactly 16 Xe-Cores and in theory it would be a perfect fit for this desktop model.

CompuBench is quite possibly the last benchmark a gamer would have chosen for comparison, yet this is all we have got for now. A quick check on A770 performance tell us that on average, it is 42% slower than A770. Technically speaking, it should be half of the speed, considering only 16 Xe-Cores will be enabled on this GPU.