The Bar Ilan University research team produced a peptide — a chain of amino acids — made to stop cancer cells from entering the blood and therefore halting them from moving around the body.

They have published peer-reviewed research showing that it successfully prevented metastasis in mice, meaning it prevented the spread of diseased cells that can cause secondary cancer.

Cells from many solid tumors develop invadopodia, feet-shaped structures that jut out of their surface. They function like battering rams, forcing their way through tissue to help cancer cells enter the bloodstream and metastasize in other organs.

But invadopodia only spring into action when they are “activated” by the coming together of two proteins. Prof. Jordan Chill, co-author of the study, said that the Bar Ilan breakthrough was to find a peptide that stops this protein interaction.

“We believe that this can prevent the activation of the invadopodia and therefore inhibit metastasis. I expect that it could be used in addition to chemotherapy or other treatments that kill cancer cells,” he said.

The effectiveness rate reported means mice with breast cancer that received the peptide were at least 90% less likely to develop secondary tumors than the control group.

Though the study focused on breast cancer, the team says it expects the peptide to be effective on all solid tumors — meaning cancers other than those of the blood, bone marrow or lymph nodes.

Previous research shows that 12% of patients with a breast cancer diagnosis go on to develop metastatic disease, for which the five-year survival rate is 26%. Chemotherapy is used to kill as many cancer cells as possible, but it doesn’t prevent any cells that get left behind from becoming active. 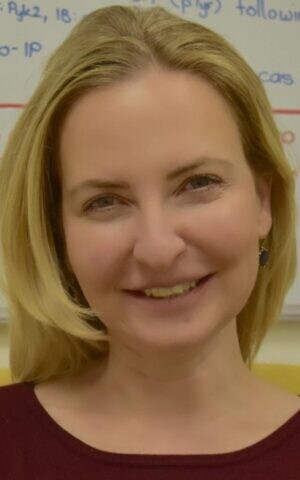 “Our advance is very exciting, as today there are no drugs in production that prevent metastasis, [or] in other words exist especially to stop cancer from spreading,” Dr. Hava Gil-Henn, co-author of the study, told The Times of Israel.

“Most drugs are focused on shrinking tumors once they develop. We are taking a preventative approach, which could save many from a second illness and save many lives.”

Chill said that the next challenge is to develop the peptide into a drug, with dosing mechanisms that can deliver it to the right location in the human body.

“So far we have the arrowhead of the missile; now we need to develop the whole missile,” he said.