Serbian tennis champion Novak Djokovic’s brave run to the Australian Open finals with an injured leg has been tempered by fresh accusations he could have broken tournament rules.

Footage has emerged of the Serb star receiving the mystery drink during his come-from-behind victory over French player Enzo Couacaud in round two of the Aussie Open.

It came during a match where he surrendered the second set and needed a medical timeout for his troublesome hamstring before going on to victory.

His team are seen putting a label on the water bottle before giving it to a tournament official to hand to Djokovic on court.

The former world No.1 carefully read what was written on the label when he received the bottle.

The footage has raised concerns that Djokovic and his team could have broken rules governing when and where players can be coached during the Open.

Stars are allowed to communicate verbally with their team only when they’re on the same side of the court. If they’re on opposite sides, signals must be used – which was the case when the footage of Djokovic was taken.

It is the third time in six months that the 21-time grand slam winner has courted controversy with his choice of drink at a tennis tournament.

The incident comes after Djokovic suffered a shock defeat to Danish teenager Holger Rune in the Paris Masters in November, after which a video of his physiotherapist mixing him a drink dominated headlines.

The physio was caught on camera mixing a mystery drink in the stands before handing it to a ball girl to pass along to the Serbian champion. Another member of Djokovic’s team used his back to try and obscure vision of what was going on. 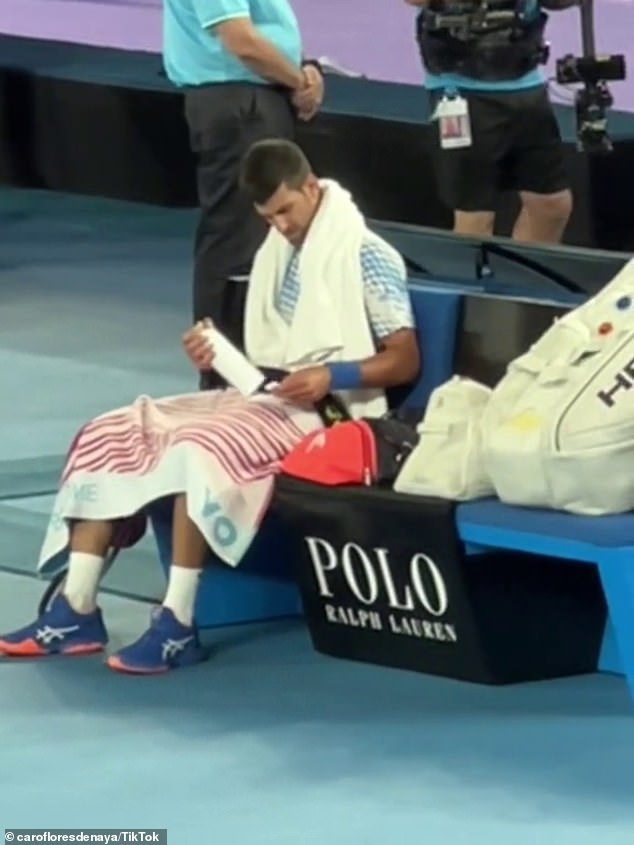 Djokovic took the time to carefully read the label that was on the bottle, with some suggesting it contained coaching notes from his team

Prior to that, the 21-time grand slam champion attracted attention for appearing to inhale a substance from a water bottle at the Wimbledon Championships.

When asked what was in the drink bottles, Djokovic would only reply: ‘magic potion’.

Many fans were quick to attack the star player for his repeated use of mystery drinks.

‘There is always some conspiracy when it’s about Djokovic,’ one replied to the video.

‘He does this all the time and seems to run like the road runner cartoon afterwards,’ added another.

I would very much like to know what was in this bottle. It certainly wasn’t liquid, and he gestured to his coach before inhaling it. Very odd. pic.twitter.com/bBG62BOMFh

Other tennis fans thought the liquid itself wasn’t a problem, but the note that was attached to the bottle could be.

Others said it could be a sponsorship-related issue.

‘A product made by a company that doesn’t sponsor him so they’re covering up the label,’ one fan said.

Others have been quick to defend Djokovic of anything untoward, saying nobody would be brazen enough to consume a banned substance in plain sight.

‘Too much attention on a team member mixing sports drinks,’ one fan wrote.

‘A proper ridiculous notion that something is up, stadium full, cameras everywhere, drinks mixed in players box … I mean use a little logic here, maybe just maybe they don’t want to give the edge to anyone. 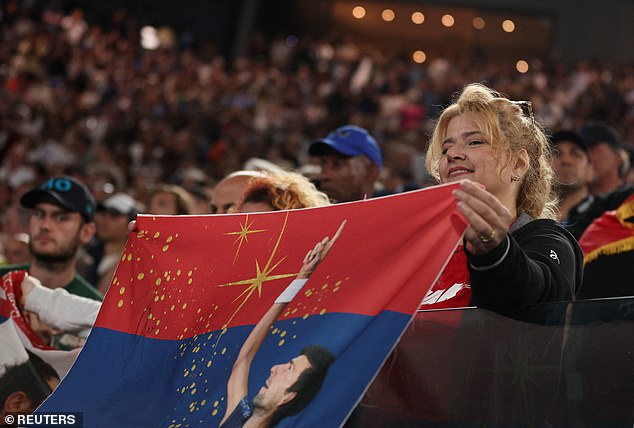 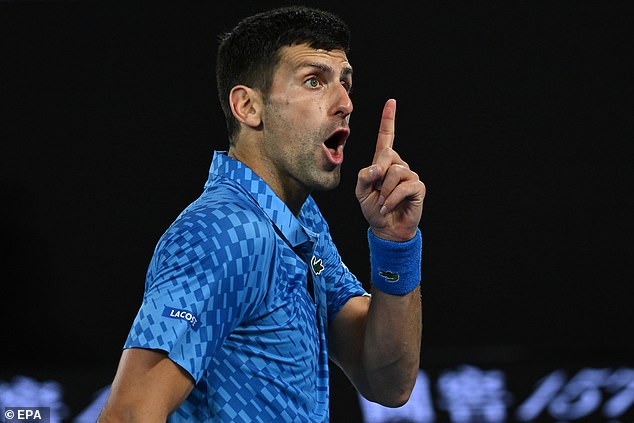 ‘To add to that, inside a locker room you see a players team always making drinks, in unmarked bottles and put in the fridge. Training programs, supplement intake etc is trade secret.’

Another tennis fan pointed out that Djokovic had already been cleared at Wimbledon for drinking a ‘mysterious’ beverage that turned out to be isotonic.

‘I hope you all had Wimbledon’s statement under eyes so you can relax. It’s isotonic, very popular amongst athletes,’ they posted.

‘It’s in powder form and can be mixed with water or taken dry and water afterwards. 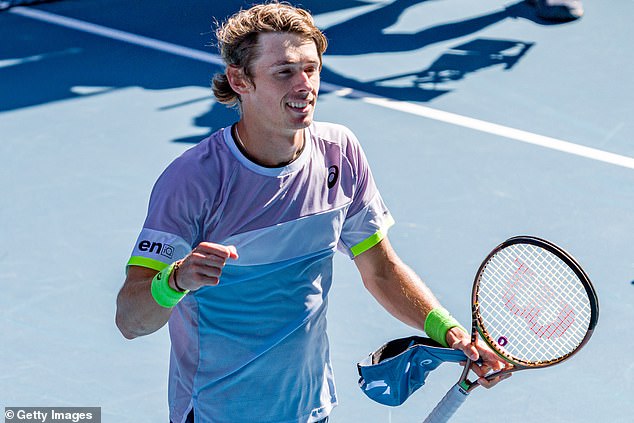 ‘Hard to believe people are that stupid to think any athlete would take a banned substance where thousands of spectators and cameras can see you. They are tested regularly before and after matches and even when not playing.’

Another fan posted: ‘Every athlete has sports, vitamin enriched and electrolyte drinks with the purpose for athletes to replenish glucose, fluids and electrolytes that are lost during strenuous activity.’