I wanted to drop a quick note about the endless spate of layoff announcements — and why you should (mostly) ignore them.

Let’s start with some numbers:

Keep in mind a few things as you consider those big tech layoffs:

First, as Sam Ro reminds us, Tech employment represents about 3% of the workforce. The big scary tech layoffs are a small portion of the overall workforce. It’s a classic case of context-free data; my favorite phrase for this is “Denominator Blindness.”

Second, what looks like giant layoffs are in fact a tiny percentage of just the recent hiring (to say nothing of the total workforce) of these same firms. Amazon, now has 1.5 million employees, more than half of whom were hired in 2020-2022. Google just fired 12,000 people; they hired 57,000 over the past two years. Microsoft laid off 10% of its 221,000 workforce bringing headcount back to mid-2021 levels. Tesla, Netflix, Salesforce, and others seem to be undoing a modest percentage of the recent 9excess) hiring over the past two years.

I have a very vivid recollection of massive firings during the 2007-09 financial crisis. As the chart above shows, Unemployment spiked to 10%, layoffs were ubiquitous. It was very ugly period, especially so close to the dotcom debacle a few years earlier. Even that implosion sent unemployment 6.3%, nearly double current levels.

Put away your GFC-based PTSD. The present era of interest rate normalization is not remotely comparable to those eras.

I see Chartr is on this as well: 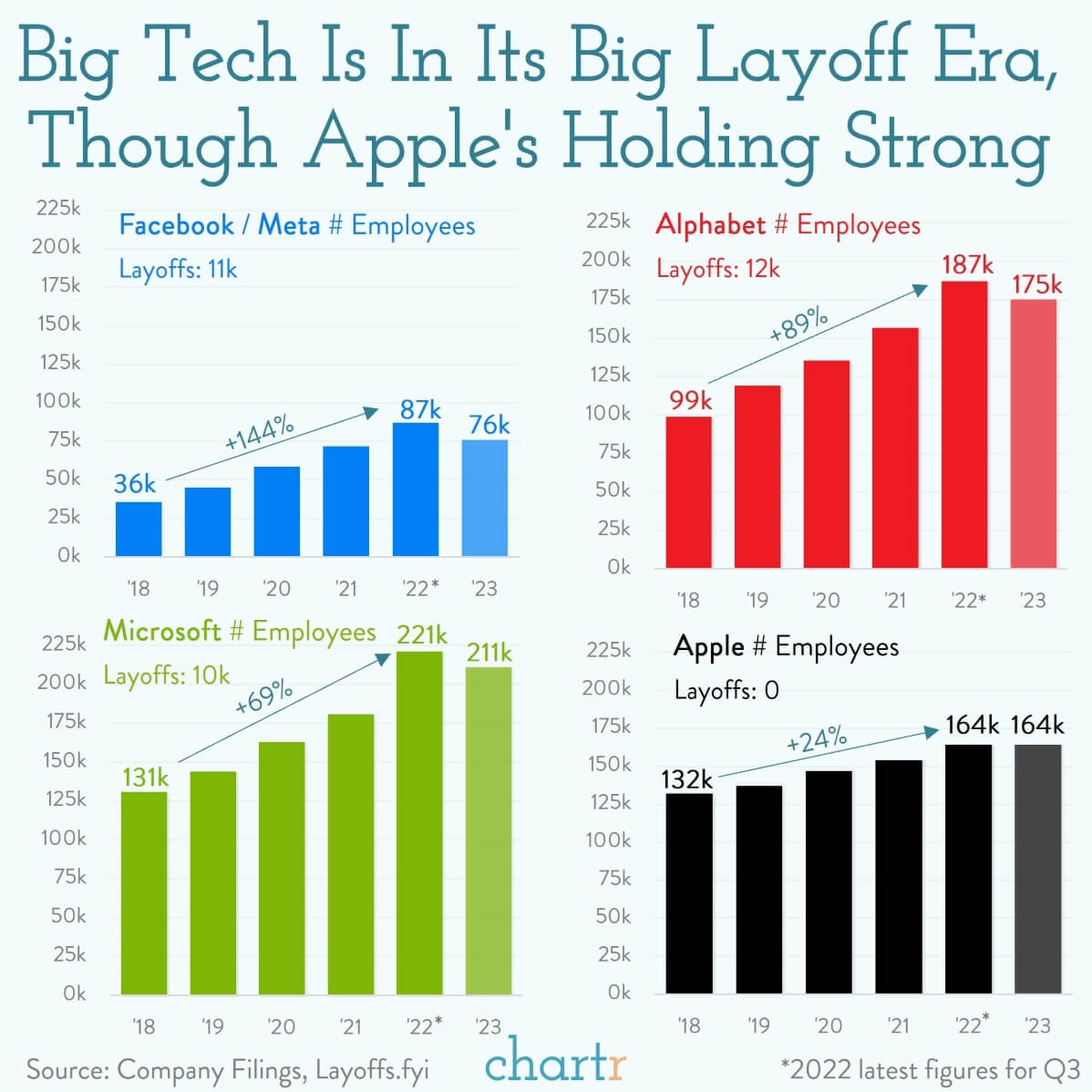 Previously:
The Plural of Anecdote IS Data (February 4, 2019)

Fearing the Dramatic, Complacent for the Mundane (April 29, 2019)