The TP-Link Tapo Smart Wi-Fi Light Strip L930-5 provides the best user experience we found in a smart light strip. There’s no learning curve here: Setup and control are both simple, and all of the features are straightforward and easy to use. This smart light strip also produces accurate colors and brightness on a par with or better than other strip lights that cost the same. The Tapo L930-5 also has more features than any other one we tested. These features include several preset Scenes and Animations (having different colors cycle through the strip), as well as an Away Mode (for triggering the lights to a specific setting when you leave the house). And the Tapo L930-5 is the only one of our picks that supports the top three smart-home platforms. 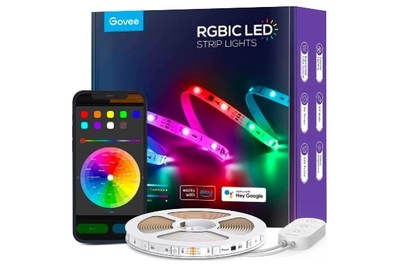 This set costs a little less than the Tapo set and has more special effects. But it’s not as bright or user-friendly, and it doesn’t work with Apple HomeKit.

Govee provides more special effects and customization than any other brand we’ve tested, and the Govee RGBIC LED Strip Lights set is a little cheaper than our top pick, the Tapo L930-5. However, this model isn’t quite as bright as the Tapo L930-5, and it doesn’t have the same protective coating (so it may be less durable). It’s also missing some features, like Away Mode, HomeKit support, and energy monitoring. Though this set does have lots of fun and useful extra features, some people may find the companion app’s learning curve to be overwhelming. The Govee RGBIC set is best for teens and anyone who likes to tinker. 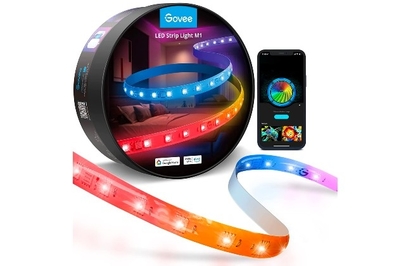 This light strip has more LEDs per foot than any other model we tested, making it bright enough for task lighting. Otherwise, it has the same features (and issues) as our runner-up pick.

If you want a strip light that can also light up a counter, or even a room, while also adding decorative ambiance, get the Govee LED Strip Light M1. This Govee model has more LEDs per meter than any product we tested, and as a result it’s able to emit more lumens and also bolder colors. Like our top pick, it has a protective polyurethane coating, so it’s sturdy and resistant to moisture. The Govee M1 also has all of the same special effects and features as our runner-up model, the Govee RGBIC. But it suffers from the same drawbacks as well—no HomeKit support, no Away Mode, and an app that’s loaded with tons of options but few instructions. If you plan to make use of all those features and aren’t technically inclined, you may find the app unwieldy. 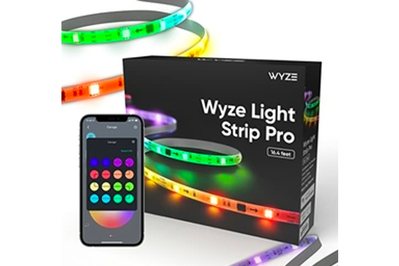 Though it lacks some of the extras compared to our other picks, this model produces good colors and is the least expensive smart light strip we tested.

The Wyze Light Strip Pro is the most affordable option for adding accent lighting in your living space, whether it’s to jazz up a dank basement, add character to a dull dorm room, or give your kitchen space a stylish dash. It’s the least expensive model we tested, yet it produces colors and brightness similar to that of our runner-up model, the Govee RGBIC. Aside from music sync features, there aren’t many special effects or scene presets, and the Wyze app doesn’t allow you to create your own. Because this model is so basic, it’s also very easy to use, making it a good option for anyone who just wants something that works.