The US military is quietly shipping hundreds of thousands of artillery shells to Ukraine from a massive stockpile in Israel, according to a Tuesday report.

The ammunition supply is located in Israel for the US military to use in regional conflicts. The US has also given Israel permission to use some of the supplies in emergency situations, The New York Times reported, citing American and Israeli officials.

The previous government approved of the move as Israel attempted to chart a course between maintaining ties with the US and Ukraine, and not antagonizing Russia.

US officials first brought up the possibility of supplying Ukraine from the stockpile in Israel last year, sparking concerns in Jerusalem about how Russia would react, the report said.

The US secretary of defense, Lloyd Austin, informed Benny Gantz, Israel’s defense minister at the time, that the US wanted to tap into the stockpile, an Israeli official said.

The US and Israel agreed to ship around 300,000 shells to Ukraine, Israeli and US officials told the Times.

National Unity party leader Benny Gantz speaks during a faction meeting at the Knesset in Jerusalem, on January 16, 2023. (Olivier Fitoussi/Flash90)

The existence of the stockpile had been previously acknowledged, although it was not widely known. The Times was the first to report it was being used to supply Ukraine.

Israeli officials told the Times that Jerusalem had not altered its position against giving Ukraine lethal weapons, but was agreeing to the US using its own supplies.

Israel has resisted providing weapons to Ukraine since the start of Russia’s invasion. One major reason for Israel’s hesitance appears to be its strategic need to maintain freedom of operations in Syria, where Russian forces largely control the airspace.

The issue has strained ties between Jerusalem and Kyiv, as the Ukrainians have consistently pressed Israel to provide more defense aid. The Ukrainian ambassador on Tuesday again urged Israel to supply his country with missile defense systems in the wake of continued deadly Russian strikes.

Israel has provided large amounts of humanitarian aid to Ukraine, as well as other types of assistance, and the new government under Prime Minister Benjamin Netanyahu has said it intends to keep those supplies flowing. 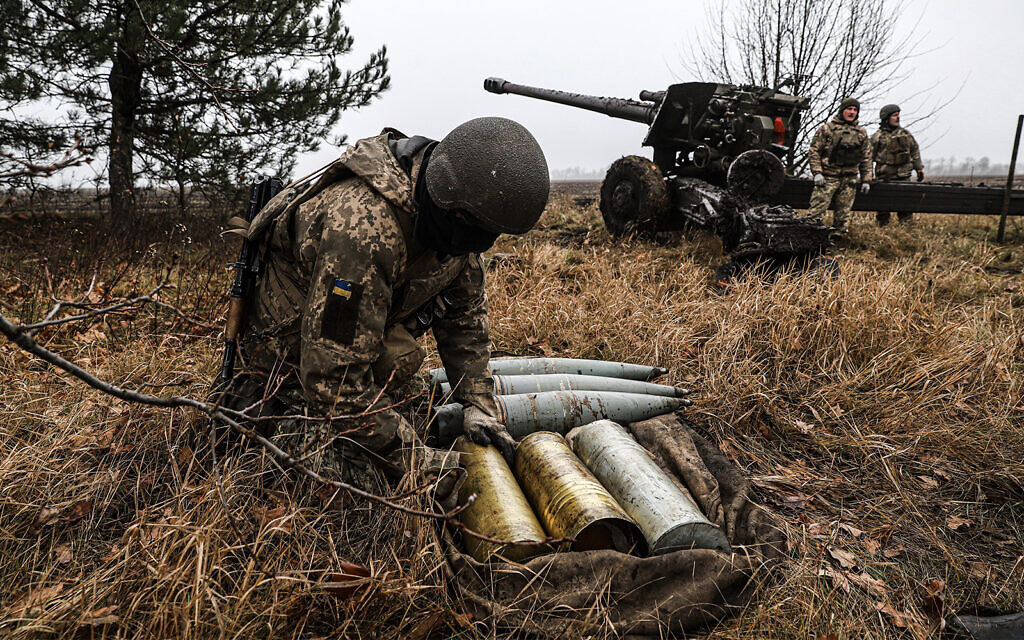 The US stockpile in Israel dates back to the Yom Kippur War in 1973. The US delivered weapons to beleaguered Israeli forces during the war, then set up storage facilities in Israel for use in a potential crisis.

US tanks and armored personnel carriers were stowed in the Negev desert in case American forces in the Middle East needed them. Later on, in the 2000s, munitions for the different branches of the US military were kept in Israel in locations that were only open to the US personnel, the report said.

The stockpile was officially known as War Reserve Stocks for Allies-Israel, or WRSA-I. It was supervised by the US European Command and is now overseen by the US Central Command, which has included Israel since 2021.

Israel used ammunition from the stockpile during the 2006 Lebanon war against the Hezbollah terror group, and during fighting against Gaza terrorists in 2014, according to a Congressional report from last year. 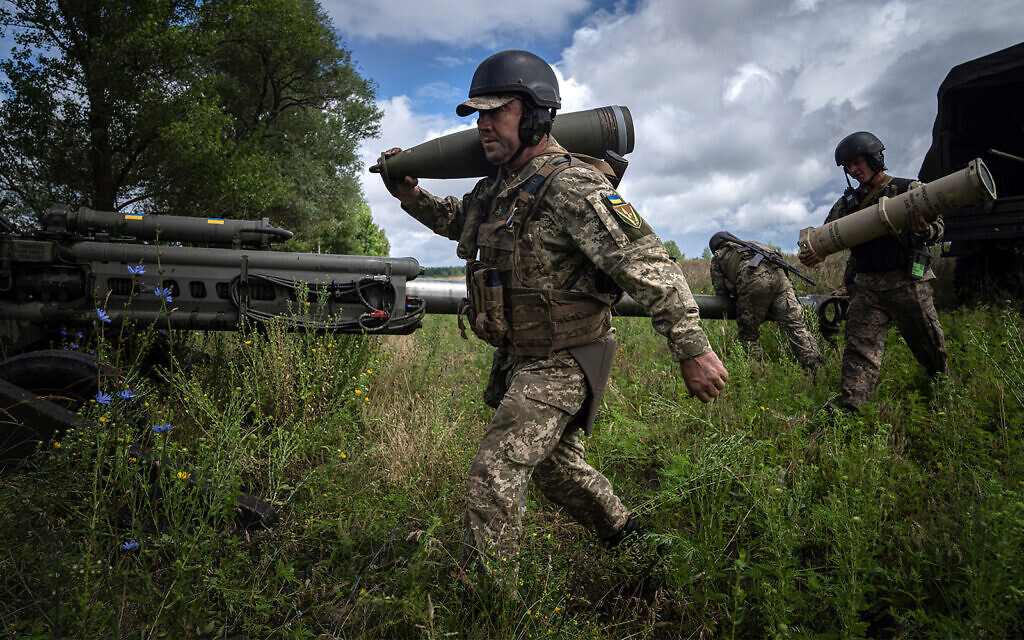 Artillery has become key in the war in Ukraine as the two sides pound each other’s forces from a distance in a battle of attrition.

Ukraine has run low on its own stockpiles and has begun mostly using supplies from the US and other Western countries, but Kyiv’s forces are firing around 90,000 artillery shells per month, far outpacing the manufacturing capabilities of the US and Europe combined.

The US has turned to the stockpile in Israel, as well as another in South Korea, to make up the difference and keep the shells flowing to Ukraine. The ammunition is transported to Europe and transferred into Ukraine from Poland, The New York Times report said.

Other countries such as Germany, Canada and Italy have also sent artillery shells to Ukraine. The US has delivered or promised slightly more than 1 million 155-millimeter shells to Kyiv, a US official told The Times.

Two senior Israeli officials said the US has committed to refilling its stockpile in Israel, and to supply ammunition in case of an emergency.